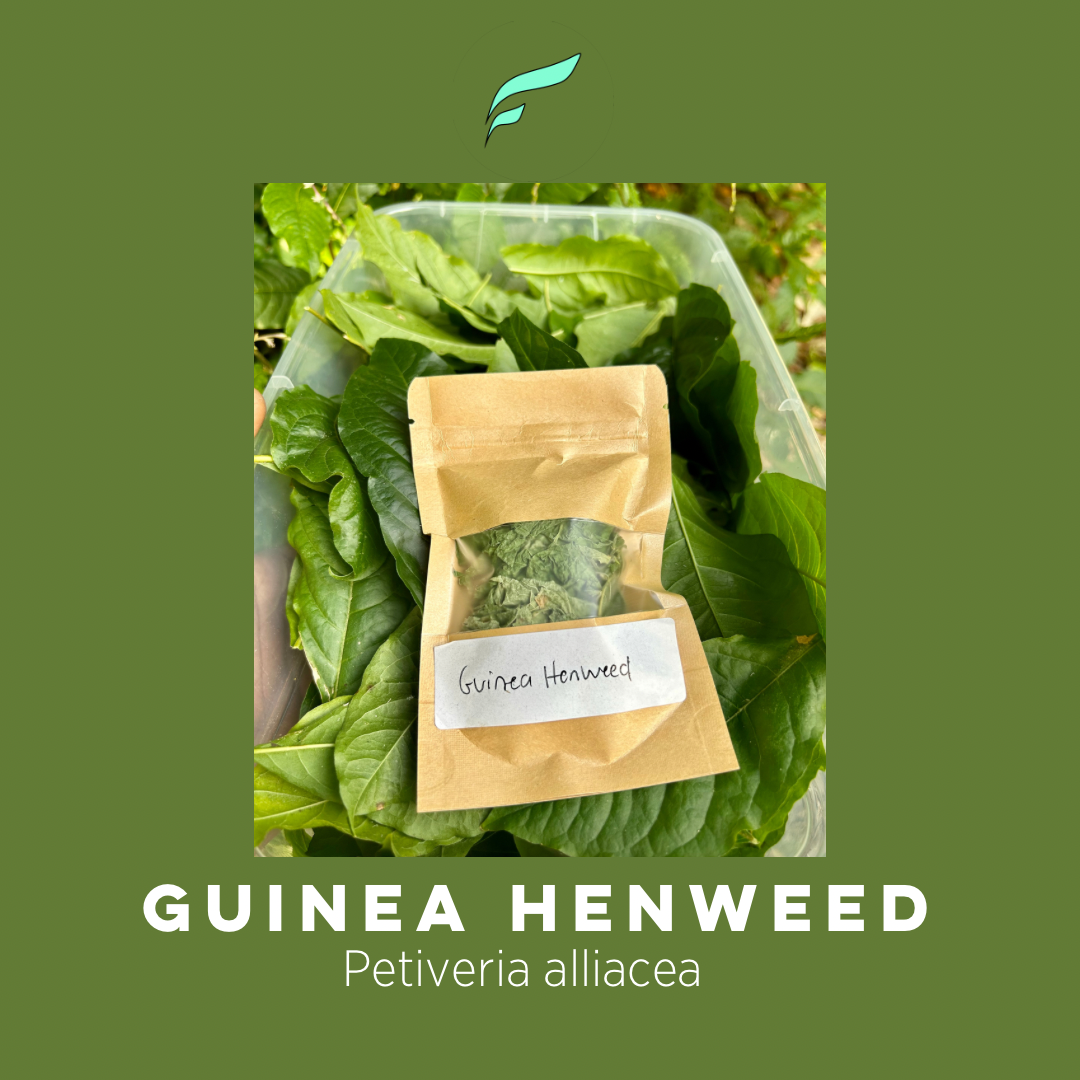 444444
$15.00
Used on a daily basis Guinea Hen weed may boost the immune system to prevent sickness and diseases.
In stock
1
Product Details

Guinea hen weed (Petiveria alliacea) is a herb that grows widely all of the island of Haiti and other tropical regions such as Florida and is showing a lot of promise in the fight against cancer, including breast and prostate.

Out of 1,400 plants that were studied by The University of Illinois for cancer prevention and treatment , Guinea hen weed was among the few found to retard the growth of several strains of cancer and leukemia cells.

healthy cells. Used on a daily basis Guinea Hen weed may boost the immune system to prevent sickness and diseases.

and anti-inflammatory effect. Anamu or Avé has not been widely researched for diabetes and it is used as an aid for controlling blood

These statements have not been evaluated by the FDA and a not meant to cure or heal any disease.

Save this product for later
Display prices in: USD